Everyone knew that Bitcoin will get bullish at one point and all those ‘HODLers’ were waiting for something similar. The last bitcoin frenzy we saw in Decemeber 2017 which took the price of bitcoin to $20,000 was called a ‘bubble’. When bitcoin started falling down, everyone said the bubble has burst, but It makes one wonder when Bitcoin is currently hovering at around $11,000 : Bubbles do not burst twice.

Facebook Libra Coin is getting the credit for the current Bitcoin rally and that is totally absurd and lets talk about why some outlets would like to give credit to Libra Coin even when its not a fact.

Before I go down nailing Libra (not because I want to, but because it deserves that) let’s see some basic factors about this current rally. I will state what I always do in the start, never make up your investment plans in Cryptocurrency just by reading one article. I have tried my level best to tell all the pros & cons of cryptocurrency, My Comprehensive Beginners Guide and Golden Rules of Trading are good pieces to read and understand how things work after you have found the Safest Place to Buy and Sell Cryptocurrency. Never jump into cryptocurrency if you do not understand the concept. I am in it for the technology, I have had Bitcoin when it was less then a dollar because the decentralized ledger concept fascinates me and I see great potential in it.

With the richness of the social media data Facebook consistently garners, even anonymized data can be re-calibrated to distill specific individual-related information and preferences. Facebook, along with its other monopolist rent-seeking cohorts, such as eBay, Uber and Mastercard, all say they won’t do that.

Lets come to the important question, Why the Crypto audience thinks that Bitcoin might just break $20,000 mark this time around ?

Facebook saw how awesome Bitcoin and its blockchain concept was but they couldn’t give them the due credit. Facebook couldn’t miss all the action so they decided to make a cryptocurrency of their own , but hey it’s Facebook we are talking about so you know there will be a “catch” in terms of “control,privacy,our data”. I did a thread of tweets on Twitter few days back which is a fun read aswell and gives insight on how clumsy the Libra concept is.

Lets now talk about Facebook Libra Coin : What it is all about. My feedback is based on their Libra Whitepaper, and the information given on their Website and Developers section.

According to Mance Harmon CEO and Co-founder of Hedera, Facebook copied the Hedera Governing Council. The Hedera Network will be governed by up to 39 council members where no single member would dominate the decision-making process and will follow a distributed governance model. Hedera went out and made a statement with their full page advertisement in Wall Street Journal:

I sat down with David Marcus of Facebook in February 2018, and shared our vision for Hedera, including the technology roadmap, the importance of a governing council, and more. Much of what we shared was echoed in Facebook’s Libra announcement this week, and that is a good thing for the market.

Bitcoin Bull Run not because of Facebook Libra Coin

Bitcoin (BTC) was already trading above $9000 when Facebook formally unveiled its Libra cryptocurrency protocol. Facebook revealed Libra Coin website on June 18, when BTC/USD was hovering around $9200. The recovery from $3130 to the current value happened all without Libra coin in the news. Bitcoin bull market began on April 1, seeing several peak-and-trough cycles but definitively reversing its previous downward trend.

People ask : Will It affect other Cryptocurrencies ? No, It hardly will make any impact.
However, as details of Facebook’s Libra Coin surfaced, criticism is mounting over Libra’s technical characteristics, which arguably leave it with little in common with public blockchains as I have shared many of the aspects in start of the article.

When Libra Coin is negating POW and stability of cryptocurrency how can it have a positive effect on Bitcoin? The bitcoin hike in price is organic and not because of Facebook Libra coin news.

Libra Coin will not be traded on any cryptocurrency exchange, Libra coin will be pegged therefore it is not going to make you rich. You won’t be able to mine Libra coin, The minting and destroying of Libra coin will be done at will by the Libra Association. Libra Coin is nothing like a traditional blockchain nor it should be mixed with any, specially not with Bitcoin.

Facebook will speak piously about privacy controls and its concern for the consumer, yet it will still figure out a way to sell the data or others who buy the data will figure it out for them.

Libra Coin can be used to make certain payments but it is currently controlled and that puts privacy at risk. Facebook bought WhatsApp,Instagram and now stepping into financial transactions with their own coin. I would prefer Bitcoin any day over Libra Coin. How to Buy Libra Coin provides insight on Libra Coin and how they have developed over the year 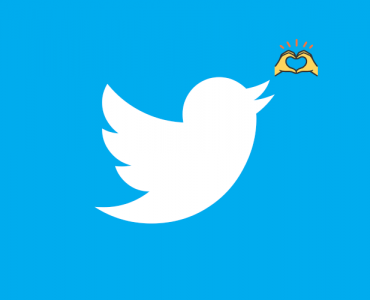 Facebook’s Libra Coin Rebrands as Diem Coin, Is it Cryptocurrency ?

How to Deposit and Withdraw Crypton from ZG.com