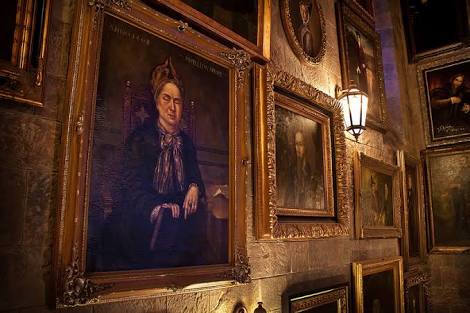 Facebook has developed a tool that can turn profile pictures into ‘responsive animation’ so the subject in the photo comes to life and expresses through different emotions. Focus is all about voicing someone’s emotions and expressions, imagine your profile picture smile, gasp, wink in response to the likes/reactions or comments on your posts. The concept sounds interesting and novel but the inspiration came from the popular book series ‘Harry Potter’ , where people in the portraits could spring to life and respond to viewers.

A software called “bringing portraits to life” was developed in collaboration with researchers at Tel-Aviv university, where in the set of videos, the team demonstrated several ways Facebook could use the reactive pictures.
“We have shown that reactive profile pictures are possible “,said the lead researcher Averbuch-Elor.

So How does it work

It requires only a single subject image(known as Driving Video) as input to create reactive profile pictures.

This single image is then animated with sad, happy or angry expressions using a driving/base video of someone making a series of facial expressions. Coarse animation-Geometric or 2D warps are used to mimic facial transformation.

Then comes refinement of expression done with “fine scale dynamics” where minute details are captured and expressions in the base video are directly mapped to the eyes, cheeks, lips and other parts of the subject face.

The person in the base video doesn’t need to look like the real person or even have the same gender.
However there is a flaw in the system as the way people smile varies from tight-lipped to a toothy grin and from a single image the software doesn’t know what the subject’s teeth look like.So substitute teeth are added to the animated profile photo (+fine details).
Averbuch-Elor said:

The system that create the animations is being improved and in the future it would become advanced enough to be integrated into the Facebook Messenger App where one would react with the animated photo rather than using multiple still images or emoticons. Averbuch-Elor says: “I think eventually they will be completely indistinguishable from real videos.”
Facebook has rolled out several profile picture features in the recent years and this latest feature will keep the selfie loving audience hooked on to the social networking site, thereby generating pretty much attention and engagement.

If you are interested you can view the project details along with Facebook Research Team and PDF File of complete Project Work :