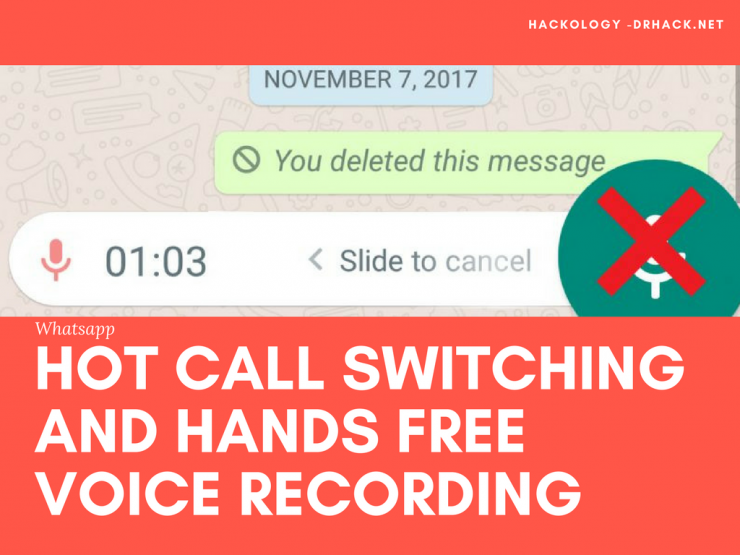 WhatsApp rolled out several new and interesting features this year, starting from WhatsApp live status feature to “Delete for everyone” and a lot more. Yet it does not seem to be done with it .As WhatsApp beta users will soon be able to switch from ongoing voice call to video call without disconnecting it also known as Hot Switching ,however it necessarily needs recipient’s consent (otherwise it would have been a privacy nightmare) . Additionally, the upcoming WhatsApp update will also include support for Locked Voice Message Recording which will allow users to record voice messages without keeping the mic icon pressed, go hands free with audio recording .

According to WhatsApp Beta Info, a new feature is being tested which will allow users to switch over the type of ongoing call. Currently users require to hang up the ongoing voice call in order to make video call and vice versa. In this feature switching over the call, the call receiver will be prompted with a message to either accept or reject the video call.The instant messaging app will also test a feature that enables users to mute video call.

The other noteworthy feature that WhatsApp is working on is “Locked Mode” for recording voice messages. After pressing mic button a toggle will appear for letting users switch to locked mode and record messages while keeping their hands free.The feature will make recording voice messages easier, however it has some limitations, as users will not be able to view videos and send text messages in locked mode.

WhatsApp works pretty decent when it comes to voice and video calls and with the new call switch update it will surely get even better.