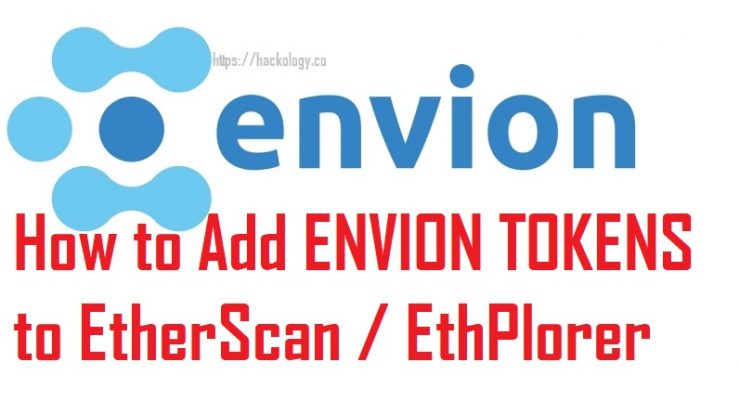 How to enable Envion Token (EVN) on EtherScan/Ethplorer

This article will explain how to make our EVN Tokens enabled on EtherScan as currently they do not show, although for many they do appear in MyEtherWallet but doesn’t appear in Etherscan which is odd and opening MEW everytime does not make much sense. All those who are wondering why Envion Token (EVN) are not appearing in Etherscan / Ethplorer can relax as here you will know how to fix it.

So below you can see my EVN Tokens are not visible on Etherscan View Tokens menu, follow the guide to enable them.

How to Add Envion Token (EVN)  to Etherscan / Ethplorer

Hope this solves the issue which many had where our Envion Tokens were not visible on etherscan etc. Doing this technique will also make your EVN tokens to appear on Ethplorer.

You may share this to help others and ask if there is any other query, because at times getting support from the Developers of any Coin / ICO becomes next to impossible