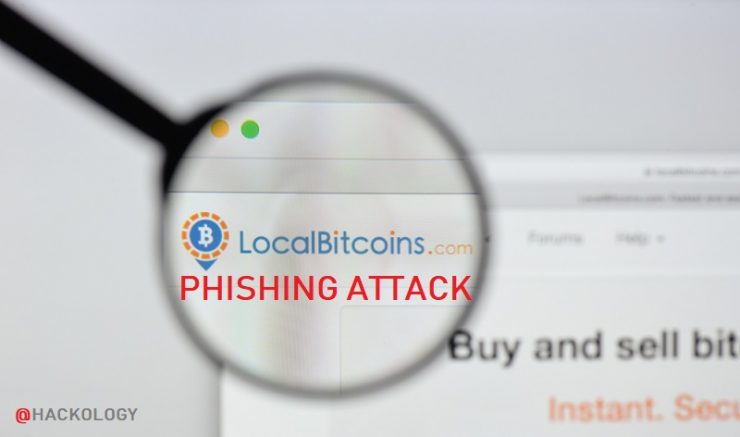 Users of Bitcoin trading service LocalBitcoins have been targeted by hackers as part of a phishing scam. Forum users were being redirected to a phishing site, which was prompting the users to input two-factor authentication codes that were used to access user accounts and empty them of all their Bitcoin.

Just three days back I published an article about Top Phishing Attacks and its Severity and today LocalBitcoins , one of the most credible and famous Bitcoin trading platform fell prey to a Phishing Attack which resulted in almost $30,000 worth of BTC stolen. Cryptocurrency Hacks and Scams are not new and I cover the most famous ones but phishing attacks on such a reputable platform are a head turner

How LocalBitcoins was Hacked

LBC was not hacked in its entirely , rather hackers used Phishing Attack on the Forums of Localbitcoins, although LBC Staff was very prompt in disabling the forums and they are still disabled as I type this article.

Is LocalBitcoins Safe for Trading ?

Yes , you can proceed and trade on LBC as the phishing attack was carried out on the Forums which are already disabled by the staff, as always follow the safety precautions and stay alert and see which website you are logging in, Turn on 2FA if you have not already done so while keep a different password of LBC and the associated Email account you used to sign IN.

LocalBitcoins would reimburse the Users ?

I have been reading on Reddit and LBC forum that people are saying it is not a phishing attack rather it was DNS spoofing , which would put all the blame on LBC although this Phishing Attack was also fault of Localbitcoins but in this attack the chances of LBC Server getting compromised are less while in a DNS attack the chances are pretty high.

Why I believe that it was a phishing attack is because of the number of affected users : 6 Users. Had it been a DNS attack the number of users would have been really high and the amount of bitcoins stolen would have been again very high. Would update if any details are shared by the LBC team.

Another reason to believe that it was a phishing hack is because some users have reported on Reddit that they were forced to visit the Forums after a trade was opened with them by the hackers, had this been a DNS spoof all that wouldn’t be required.

What LocalBitcoins Can Do ?

This hack would have made the LBC team worried as it could have been worse, I do personally thing LBC always tries to keep the system simple reducing the chances of such attacks even if it compromises UI and features. There is always place for improvement, LBC might need the same.

Whats your take on the incident ? and how you suggest one can keep more “secure”