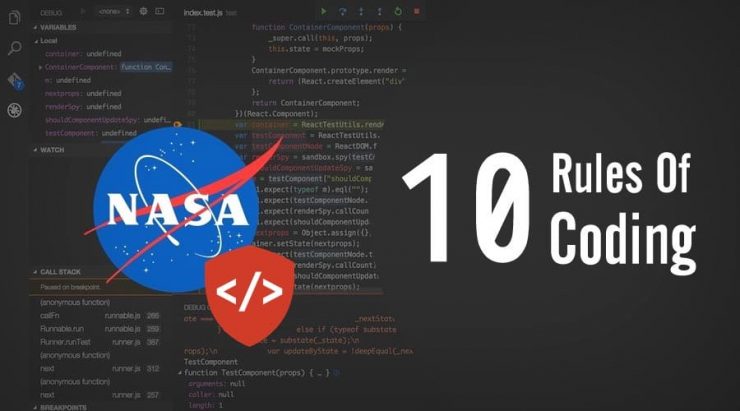 Even though it’s difficult to prove a consensus over a good coding standard, NASA’s Jet Propulsion Laboratory (JPL) follows a set of guidelines of codenamed “The Power of Ten–Rules for Developing Safety Critical Code”. Lately they extended there rules to 30 but the basic and most important rules are still 10. the PDF file contains the rules which are in-depth and more thoroughly explained which anyone can go through and its a treat reading those for programmers. NASA is very strict about these rules and does not let any programmer go astray as they say

The rules act like the seat-belt in your car: initially they are perhaps a little uncomfortable, but after a while their use becomes second-nature and not using them becomes unimaginable.

The power of ten can always be incorporated in any code no matter how small the code is , as these are the best coding standards which can not be found anywhere else.