The gaming industry is always evolving and sometimes in ways we can’t fully predict. For instance, we don’t always know when a given game will become a sensation and sometimes a developer shocks us by resurrecting a long-dormant franchise. In other cases though, we can begin to see potential changes coming. And to that point, we’re going to cover few of the big changes that might be on the gaming horizon.

If gamers can agree on one thing, it might just be that they love retro content. This has been made particularly clear in recent years, as numerous platforms and systems have strived to bring back favourite titles from years past. Some of the best games you can find in mobile app stores are versions of old hits; it was recently announced that some of the games that helped to launch the iconic Tony Hawk franchise are being remastered for a fresh release; and last year, Nintendo rebooted some of its classics for download on the Nintendo Switch device.

Given this trend and the fact that people are now used to downloading games rather than purchasing them through other means, it seems as if we might be moving toward a dedicated retro gaming network. Already, there are plenty of older games available on platforms like Steam and there are also emulator websites on which people can access certain classics. But a more uniform platform could make a splash. We imagine a Steam-like download center exclusively for retro titles, where people could find games from old consoles, out-of-work developers and even in-person arcade machines, all available to play on modern computers and tablets.

Facebook is a bigger player in the gaming industry than a lot of people realize. The network hosts an incredible amount of gaming and as we pointed out last year, it has made gaming more prominent on its mobile app (and website interface) as well. However, there is still room to grow and Facebook could use a jolt in the arm. The company doesn’t quite have the reputation it used to and it could shake things up by putting an even greater emphasis on gaming. It’s not a stretch to imagine the company putting forth a few new games that it would actually advertise, attracting massive attention and starting a new social gaming sensation. However, it’s a matter of time as Facebook can not miss out the giant revenue hidden in this industry. Gaming is probably the only field where uses ‘intentionally pay to move ahead in a level’ as indicated in this survey report

The digital casino gaming industry is something of a giant hiding in plain sight. This is because plenty of people (including most U.S. gamers) live in places where casino gaming is not actually allowed. However, if you look to the UK, you’ll see a bustling industry consisting of thousands of games and catering to millions of players. Licensed and regulated gaming platforms have become reliable sources of entertainment and host modern, digital versions of every casino game you could think of — slots, roulette, poker, blackjack and so on.

What makes this online casino industry most interesting though is how it’s progressed. When online poker’s popularity was dwindling, these platforms made games more interactive. When blackjack stopped feeling trendy or modern, the sites presented live-dealer play. And when slots started to take over, the developers involved made sure to employ up-to-date design and enjoyable subject matter to keep the games from being dated or boring. Throw in the fact that most of these games have also been compatible with mobile devices for a few years now and it’s clear that the casino genre can adapt. That makes it a prime candidate for massive migration into virtual reality. And because the games are fairly simple, they could actually thrive in the medium (unlike so many other early VR games). If you’ll forgive us the pun, popular casino games in VR seem well worth betting on.

Augmented reality has slipped into the background a little bit. But rest assured, it’s still going to be a big deal in gaming. We just might have to wait until there are glasses. AR gaming through smartphones is a fun concept, but a fairly inconvenient one; people simply aren’t wild about having to look through their phones to observe AR graphics. With glasses, however, the games would be a lot more immersive, with lenses effectively serving as screens directly in front of people’s eyes. It’s difficult to predict exactly what kinds of games we’ll see, or when — but we know that Apple’s smart glasses are still on the way and it’s likely that they’ll mark the beginning of this seemingly inevitable gaming phenomenon.

The gaming industry is yet to see the drastic change which has already been delayed by companies which captured the scene as they entered early. The recent launch of PS5 clearly shows that users were expecting something groundbreaking but the same wasn’t delivered. Community Gaming a.k.a Multiplayer Gaming has always been a gamer favourite but whats new is mobile based multiplayer gaming and it’s an all time favourite which is clear from the survey conducted by a Facebook commissioned, 1 in every 4 gamers play mobile based games because it enables them to play among people they know.

VR and Retro gaming network is catching on and as VR becomes more mainstream we may see multiplayer VR based gaming. Trends come and fade away while gaming is something which is here to stay. 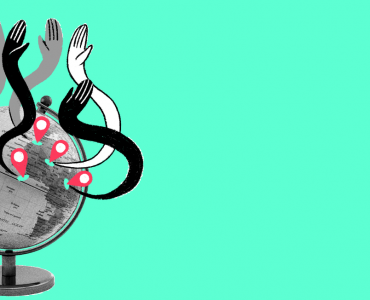 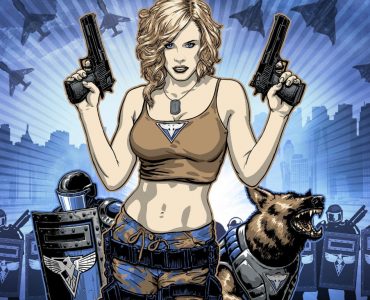