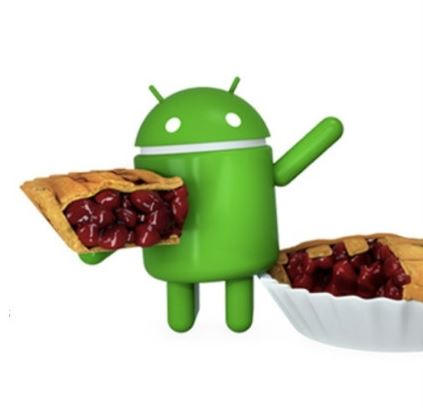 Android 9 harnesses the power of artificial intelligence to give you more from your phone. Now it’s smarter, faster and adapts as you use it.

Google claims that Android 9 core feature is Artificial intelligence. The phone will adapt itself according to the user experience. Android 9 AI makes its appearances in the new adaptive brightness and the adaptive battery features along with some other features

Android Pie will change the brightness based on the ambient lightning as it always has, however it will also remember how you manually adjust the brightness in certain situations and try to learn how you do it in order to predict it in the future. This particular AI feature is not a head turner but these small steps would help Android evolve into something even more robust.

Android Pie features a new adaptive battery AI feature which also works in the similar way as above but for applications. The apps that you use most often will get the most resources and the apps you use least often will have their resources limited by the OS. An app which you installed to test and no longer use would not be allowed to drain your battery, and it will not be closed the way “Task Cleaners” do because with them the App tries to run again before the app kills them. OS will tell the App not to run anymore and it wont be even executed.

There is another feature called App Action which will predict that what you are about to do. It will learn from the user his preferences. For example, whenever you connect your headphones to your phone, the next thing you do is to open the YouTube. Now, with the help of AI as soon as you plug in your headphones, YouTube icon will pop up in front of you. This seem like an “if loop” to the programmers – but it gets complicated, if you use Uber and use it to commute to certain areas, searching for uber will directly give out available drivers and relevant information, keeping in mind your location and time when you are searching for a ride, this feature has been named as Slices as it fetches information out of an App, allowing you to preview certain information within an app without actually having to go into it. So, you can actually type things into the search bar and it will feed you little snippets back of information which will be very quick and easy to grab without actually going into the app.

Another major feature in Android 9 is digital well-being. This feature shows you your phone usage and that includes the number of times you unlock the device; the number of notifications you receive which apps you use and how often you use them. This helps you identify how you spend most of the time in any given app. From there you can manage your usage in a couple of different ways. There is a feature called App timer which helps you restrict how often you use certain applications. You simply set the timer and the OS locks you out of that application when your time is up. It’s a method of keeping you from using your most addictive apps on your phone too often.

Must Read:  How to Create WhatsApp Group Invite Link

In Android 9, Google has given an option to change to a new version of navigation which is gesture based instead of the traditional three soft keys across the bottom. You can change it to and from the new navigation system if you want to under the gesture settings in the settings menu. It keeps the home button and back button and they function as normal including long pressing the home button for google assistance. You can access the recent apps menu with a quick flip up from the home button, swipe up from the application closes the application. You can open the app drawer by using a longer swipe upward from the home button. You can also copy paste the text from the multitasking bar. These features are old already but its first time for the native Android.

StrongBox: On compatible hardware, apps can now take advantage of tamper-resistant hardware to protect their private keys, making it harder than ever for malware to steal their credentials.

Privacy enhancements: Android 9 safeguards privacy in a number of new ways. Now, Android will restrict access to your phone’s microphone, camera, or other sensors when an app is idle or running in the background. (If an app does need to access a sensor, it will show a persistent notification on your phone.) Android 9 also brings important improvements that protect all web communications and offer private web surfing.

MAC Address Randomizer – Android P improves this functionality, by generating a different MAC address for every Wi-Fi network you connect to. This way, you can still be identified on networks (thus not breaking anything), but still not be tracked between different ones.

Android Pie has alot to offer but the amount of emphasis on “Artificial Intelligence” didn’t go that well. AI is used with data prediction, something google is already doing with its so many features. We might see newer additions to Android 9 with their subsequent updates, but nonetheless adaptive battery and digital well-being features are the good addition.

Will you upgrade to Android Pie ?