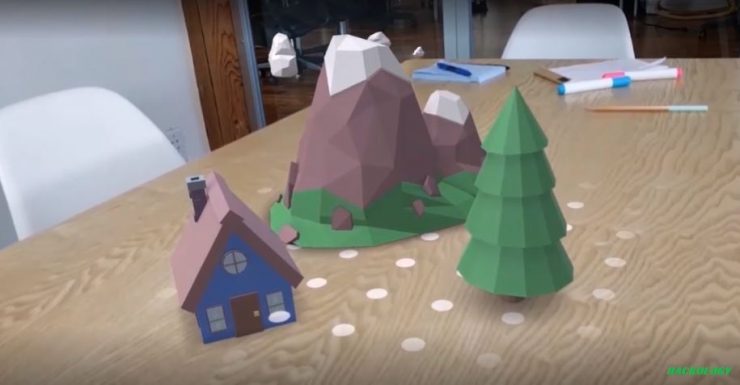 Google 3D AR is Live in your Room

At Google I/O, they had a cute — and terrifying — demo where an AR 3D shark was placed right on the stage with the actual audience at its’ back. It didn’t take much; a simple search for the word “shark,” a couple of taps, and the spine-chilling animal was just there swinging left to right, grinning with his clean white teeth on show. You can have that same experience now as the feature is going live for everyone.

Update 2 [March 2020] : Google Knowledge Graph is appearing in google search. Which means that you can follow this article and view all the Google 3D ARCore augmented reality animals.

Update 1 [August 2019] : I noticed few hours back that Google Knowledge Graph is not appearing in google search anymore. I do not know since when it is happening or what is the reason. Do let us know if you know the reason that Why Google 3D ARCore is not working for the 3D Augmented Reality Animals. Searching cat,shark,dog etc will not show the 3D Animal anymore.

It is as simple as they showed us during the I/O,
Do a Google search for “shark” and scroll down to get to the Knowledge Graph card. You’ll see a card that says View in 3D button.

Tapping the button loads the shark in 3D and you can spin it around and change its size, but what you really want is the View in your space option. This loads a permission screen, then uses ARCore to let you place the shark right in front of you. On my OnePlus 6 with Android P,I couldn’t get to load the Giant Panda, but all other 3D Animals worked all fine. 3D AR animals work from Google App or while using google search site from Chrome.

Not all animals are supported though; For rhino, hippo, whale, elephant, dolphin, panther, giraffe nothing came.

After you launch ARCore and the 3D Object you can even interact with it. You can use one finger to move the animal in space, and two to make it bigger or smaller or even spin it around. The best part is that you can physically move around it to check different sides, and wait for it to make some noises and signature movements. There were many VR apps but none provided this feature were one could actually move around the object.

How to make 3D AR Objects like Google Search

Google is using ARCore for deploying their Augmented Reality models. Users can also use the same technology to deploy their 3D Ar/VR Objects. Google Poly allows users to upload their 3D models for sharing and a rich user documentation to get you started.

If for some reason Google 3D AR is not working on your phone, which might be because of older smartphone or lack of support of ARCore by your smartphone manufacturer. You can try the following steps to enable Google 3D view on your smartphone:

Check out the video demo sent by Rabimba showing how you can see 3D AR by opening the Google Search and deploying the 3D animal on the live view.

What do you think about the 3D AR objects which come in Google search ? have you spotted an animal which wasn’t shared in this article?. If you have made some interesting video of some 3D AR animal do share with us in the comments below