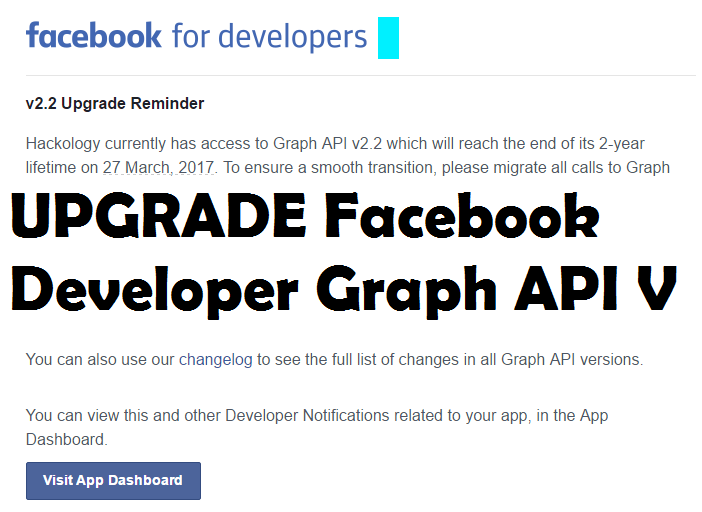 Facebook has must have emailed you about the change and to make sure a smooth transition you will need to migrate all calls to Graph API v2.3 or higher.

To reduce the chances for Developers to miss out on their email Facebook will also notify you in your Facebook Notifications that you need to upgrade and fix Graph API Calls (if required), although if you have 10 apps they will notify you about 1 App in your notifications

Each version is guaranteed to work for at least two years. A version will no longer be usable two years after the date that the next version is released.

For APIs, once a version is no longer usable, any calls made to it will be defaulted to the next oldest usable version. Here’s a timeline example:

For SDKs, a version will always remain available as it is a downloadable package, however beyond it’s end-of-life date, it may rely upon APIs or methods which no longer work, so you should assume an end-of-life SDK is no longer functional.

The most noticeable changes are