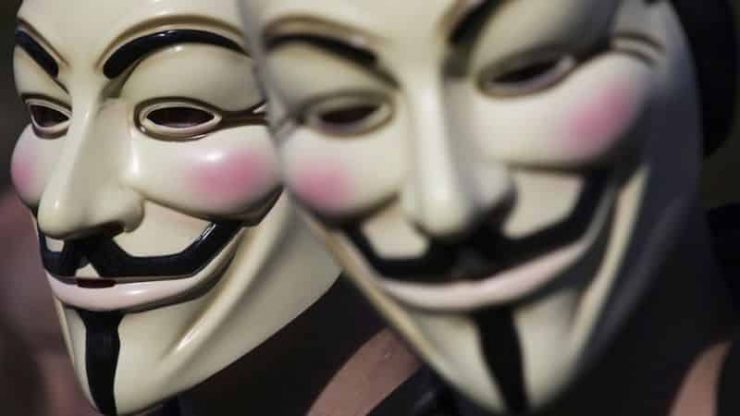 In today’s day and age the Internet can become a battleground for cyber wars. Hackers have been known to take down crucial websites steal credit card information. Take down gaming servers and even use their ability to aid government agencies in the cyber world. Some of these hackers have gained quite a bit of Fame for their computer expertise, becoming some of the most notorious hackers in internet history. The lizard squad is a black hat hacking group that has mainly been known for their distributed denial of service (dDoS) attacks towards gaming platforms and servers, attacks like these seem to be the main priority of most black hat hackers. Lizard squad became well-known for bringing down the play station network and Xbox Live servers on December 25th 2014.

One member 17-year-old Julius Kivimaki was given a two-year suspended sentence for racking up over 50,000 charges of computer related crimes.

The first juvenile to ever be incarcerated for cyber crime in the United States was 16 years old when he was sentenced in Florida. In September of 2000 between getting his driver’s license and finding a date for homecoming. Young Jonathan had managed to hack into a division of the United States Department of Defense that analyzed potential threats to the United States of America both from home and abroad.
He had obtained the International Space Station’s source code controlling the temperature and humidity within the station causing NASA to shut down their computers for three weeks.

Sadly Jonathan took his life after being investigated for another hacking crime that he claimed not to be affiliated with. President Bashar al-assad from Syria formed what is called the Syrian Electronic Army (SEA). In 2011 with SEA Syria was the first Arab country to have a public internet army hosted on its national networks. The internet Army uses spamming, website defacement, malware, fishing and even denial of service attacks. Western news organizations, human rights groups and other websites that are not neutral to the Syrian conflict have been affected by the group’s antics. The SEA has also hacked government websites in the Middle East and Europe as well as US defense contractors. Two of the lead Hackers in the SEA were also identified by FBI and added in their MOST WANTED LIST Convicted for having hacked a total of 97 US based military and NASA systems.
Gary Mckinnon became a big name in 2002. McKinnon had deleted critical files from the operating systems for the United States Army’s Military District of Washington which had shut down their 2,000 computers for 24 hours. Notice was posted on to the website “your security is crap”. Before that after the September 11 attack in 2001, Gary Mckinnon deleted weapon logs from the Erie naval weapons station making their computers inoperable and stopping munitions supply deliveries for the US Navy’s Atlantic fleet. In response to his crimes MacKinnon claims he was simply looking for evidence of a UFO cover up and free energy suppression. In June 2000, a man named Jeanson Ancheta from California started to work with botnets. Renting them after discovering a common computer worm that could spread his net of infected computers. Botnets are commonly used on the internet to carry out distributed denial of service (DDoS) attacks that consists of multiple systems flooding a web server essentially bringing it down due to the traffic. Jeanson controlled one of the largest number of hijacked computers but eventually had to plead guilty on four felony charges and spend five years in prison after his arrest. An American computer security consulted Kevin Mitnick has been known to be one of the most notorious hackers of the 20th century. After being involved in several computer and communications related crimes, Mitnick became one of the most wanted computer criminals in the United States.
He fled the country and was a fugitive for two and a half years after getting caught.
Mitnick spent five years in prison.After his release, Mitnick started a firm called Mitnick security consulting LLC that helps test the company’s security loopholes, strengths and weaknesses. We already have a list of Top 20 Women Hackers of the World , but this one gets a mention in here

Russian, New York university student, Kristina Svenchinskaya also known as the world’s sexiest computer hacker was accused of a plot to defraud several British and US banks. Kristina Svenchinskaya used Zeus Trojan horse to attack thousands of bank accounts between her and nine other accomplices, they skipped three million dollars in total, after her arrest she signed a personal recognizance bond and was released under $25,000 bail. The Russian film botnet is partially based on her story. In 2008 a 58-year-old man known as Astra was arrested in Greece for hacking into the computer systems of Francis – the salt group, for more than five years. He stole sensitive weapons technology data and sold it to 250 people in many countries such as Brazil, France, Germany, Italy, South America and several other unidentified countries, even though authorities did not release the identity of the man. Greek officials did say The Salt Group suffered more than 360 million dollars in damages as a result of his theft. TinKode is a Romanian computer security consultant and hacker. TinKode found vulnerabilities in organizations including MySQL, US Army, Youtube, Google and other websites, after discovering these loopholes in the websites code, he would gain unauthorized access to these computer systems and post proof of his exploits online. After blocking the information systems of the US Army,Pentagon and NASA TinKode landed himself in police custody in January of 2012. He was officially released a few months later in April and is now co-founder and CEO of www.cybersmartdefence.com. Starting out as an image board called 4chan, the hack of this group Anonymous has really made a name for itself in the last decade. The group is described as an Internet gathering with a very loose and decentralized command structure that operates on ideas than directives. In 2008 anonymous became mainstream for their protest pranks and hacks against the church of Scientology, in 2015 Anonymous became known internationally for declaring cyber war on ISIS,
after the Paris attacks in France on November 13 2015, while most hackers on our list do it out of personal gain or pleasure, anonymous aims to be the Robin Hood of the internet with many denial of service attacks on government, religious and corporate websites. Anonymous generally tries to uncover government conspiracies and cover-ups. In 2012 Time magazine called Anonymous one of the 100 most influential people in the world. It’s not every day that a hacking group gets such a prestigious title.