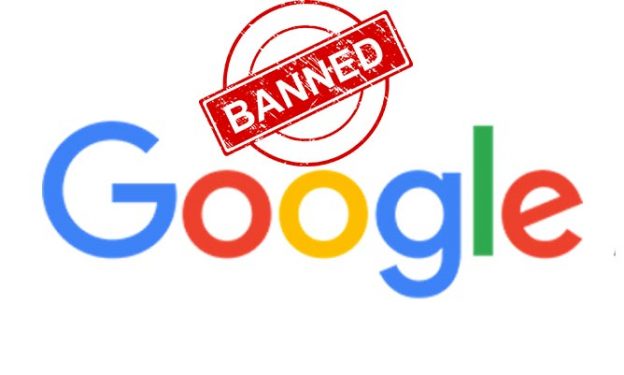 Ever thought what you would do if Google banned your account, or have you ever thought that Google could do such a thing? Well, they can. Let’s jot down what Google can do and what counter measures you can do.

Firstly let’s go through a few examples which will help you understand how Google works. Everyone is using one or a few services offered by Google, either it is the common one or some of the few open source Google projects which you might not be aware about but whatever the product is, we all have Google products in our daily use.

There might be a couple of other reasons too. So tread carefully, with good intentions. As long as you comply with them and don’t take foolish steps, you’ll be okay!

What would happen if you get banned? Well, it’s highly probable that you must be using at least one of the following features offered by Google:

These are only some of the services provided by Google! Click here to view all of the things made by Google. So try not to violate any rules set by Google, or your experience using any of its products and services might be worse. Also, there are different categories of ‘worse’ you might be allowed to use their services partially, restricted from using some services. Banned indefinitely in most cases, where you will not be able to access your account data, Hence I repeat, tread carefully.

What to do when Banned by Google?

If you get banned and you think that you did not violate any of their rules, then there is a way to get your account back. First of all, find the reason why they did this by logging into your Google account. After logging in, you can try to get your account back by clicking on the “Try to restore” button and then following their instructions. If that does not work for you, don’t worry. There is another way to get your account back by directly appealing to Google. Just click here where you will be required to fill in a form and inform them in detail about the incident when it happened and what were you doing when it happened or any other useful info. It will help them to find the problem and assist you as soon as possible. If the problem persists, then there isn’t much that you can do. You can take to social media and get the support of some people, which might help you if it gets enough attention but do not keep your hopes on this option. So basically as I shared there are 3 options available with you to get your account back if you are banned from using Google.

We are talking about Google, so we all assume that Google can not make a mistake, which is WRONG. Google just like humans can make mistakes with it automated software. Can you get banned by mistake? Of course, Google relies on its automated software mostly to detect any irregularities and suspicious behaviours. For example, on “A Heist with Markiplier” was a YouTuber’s live stream where he encouraged his viewers to type in his custom emojis (Red and Green paddle) in the comments to vote. However, this got a group of viewers banned and not just their YouTube Account but their Google Account!

Now, this caused major backlash from the YouTuber himself and his supporters (total 24.7M). Apart from his supporters, many other people started tweeting about their experiences too. A few of their questions:

They can even block a particular option such as skipping ads if they detect anything unusual which automatically skips advertisement or any other method to watch videos continuously. What you will read blow will put you in shock, as the statement confirms that if Google thinks your YouTube is of no use Google may ban it for you, interesting right ?

YouTube may terminate your access, or your Google account’s access to all or part of the Service if YouTube believes, in its sole discretion, that provision of the Service to you is no longer commercially viable.

Who has the upper hand? Well, of course, Google has. That is because of the Terms of Services of Google are very vague. By vague, I am referencing words like misuse, interfere and suspected misconduct, used in their Terms of Service. That suggests it is Google who is calling the shots, and they are the ones to decide whether you misused their service or not. There are no clear boundaries here. If you have done something wrong and still aren’t banned, don’t worry Google has a message for you too in their Terms of Service:

If you do not comply with these terms, and we don’t take action right away, this doesn’t mean that we are giving up any rights that we may have (such as taking action in the future).

For all those smarty pants thinking they have hoodwinked the system

Consider this as a slight reminder not to put all your eggs in one basket and if you have, you might as well carry two baskets. The second basket can be a substitute or you may Download your Complete Google Data so that if something nasty does happen to you, some of your data is backed up. This also shows how much we rely on Google and other service providers without even a single thought. I am currently using 7.97 GB of storage data on Google, this means if my account gets blocked not that I will loss access to my email I will also loss access to all the stored data. Its always recommended to backup and as stated above: diversify

Its imperative to mention that Google is a business and their personal gains are far dearer to them rather then your interest. Take care of your Data