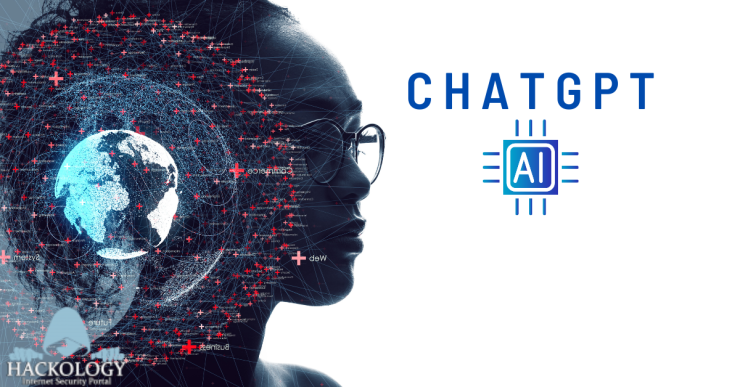 Artificial intelligence has been striving to be beneficial for humans for a prolonged period. Even at the release of Android 9 Pie, there was significant utilization of AI. With its latest model ChatGPT, OpenAI is achieving remarkable outcomes. ChatGPT is a cutting-edge language model developed by OpenAI that has the ability to generate human-like text. It is based on the transformer architecture and is trained on a massive dataset of written text, allowing it to understand and respond to a wide variety of inputs. Despite the growing popularity of ChatGPT there are many clues that suggest that AI needs a long way to go. Keep reading to find out why!

If you have been living under a rock and are still unfamiliar with ChatGPT, you can get more information on Generative Pre-trained Transformer (That’s what GPT stands for).

Despite its impressive capabilities, ChatGPT is not yet able to fully replicate human intelligence. While it can understand and respond to many inputs, it still struggles with understanding context and recognizing sarcasm or irony. Additionally, ChatGPT is not yet able to understand and respond to non-verbal cues, such as tone of voice or facial expressions, which are critical for effective communication.

Another limitation of ChatGPT is its inability to understand the emotional state of the person it is communicating with. While it can understand and respond to certain keywords related to emotions, it is not yet able to truly understand the nuances of human emotions and how they impact communication.

OpenAI provides in-depth information on the ongoing development of ChatGPT, including its limitations, on their official website. You can access the full article if you desire.

The Rate of Learning is Sluggish

When questioned about the controversial topic of the moon landing, the model stated that the event was real and not fabricated. The presence of bias in the language model suggests that the data used to train it may not be credible. A language model should present information objectively, without showing preference towards any particular viewpoint, especially in cases where the topic is controversial.

Besides all this, ChatGPT is currently in the beta stage. Which means it is still undergoing testing and development. As with any new technology, there are limitations and issues that need to be addressed before it can be considered fully mature. The model requires human intervention and fine-tuning to adapt to new situations and data.

However, as more data is fed into the model and more improvements are made to its architecture and training, ChatGPT’s performance will likely improve. Additionally, as researchers and developers continue to work on the model and apply it to various applications, it will become more versatile and adaptable to different use cases.

The following images demonstrate the limitations of ChatGPT in comparison to the human brain. In these examples, ChatGPT was presented with logical questions, but its responses were not as logical as a human’s would be.

The user asked ChatGPT to calculate the sum of 10 and 10, to which ChatGPT responded with the correct answer of 20. However, there may have been a doubt about the correctness of the answer. Despite this, when the user persisted with incorrect information, ChatGPT accepted it without a question.

The below-attached image shows the logical processing power of human brain vs AI. Humans are able to logically calculate and provide an answer to age-related questions, however, ChatGPT’s response to the same type of question deviated from the norm and produced a nonsensical and amusing answer.

Must Read:  Cloudflare to end CAPTCHAs but at what Cost ?

Here is yet another example where the human brain excels in answering complex logical questions seamlessly, while AI lacks the natural logical processing power, resulting in a significant difference between the two.

ChatGPT is Definitely the Future

ChatGPT is indeed the future of natural language processing and generation. With its ability to understand and respond to human language in a way that is similar to how a human would, it has the potential to revolutionize the way we interact with machines. Its ability to generate human-like text responses opens up a wide range of possibilities for applications such as chatbots, automated customer service, and content creation. Furthermore, it can be fine-tuned for specific tasks and industries, such as language translation, question answering, and summarization. ChatGPT’s ability to learn from large amounts of text data also allows it to continuously improve its understanding of language and generate more accurate and relevant responses. As the technology improves and more research is done on how to apply it, we can expect to see ChatGPT being used in more and more applications in the future, thus making it the future of NLP.

Even at its development stage, ChatGPT can assist you during even the most challenging phases of your projects, as demonstrated by the images provided. In addition to its usefulness, ChatGPT can also provide entertainment during times of leisure.

Imagine you are struggling with your project and need a specific list for your work, but search engines are unable to provide it. This is what you get when you seek help from ChatGPT. Its just a small example of how ChatGPT can assist. Once fully developed and integrated into various aspects of daily life, it’s easy to see how valuable ChatGPT will be.

Feeling bored and in need of some entertainment from your favorite fictional characters? ChatGPT can provide you with the magic of these characters to keep you entertained.

The Benefits ChatGPT is going to Serve

As ChatGPT continues to mature and evolve, it has the potential to serve us a wide range of benefits. One of the most significant benefits is the ability to improve communication and collaboration across various industries. ChatGPT’s natural language processing capabilities allow it to understand and respond to human language in a way that feels more like a conversation with a real person. This can greatly enhance the customer service experience by providing more accurate and efficient responses to customer inquiries. Additionally, ChatGPT can assist with tasks such as data analysis and information retrieval, allowing for more efficient and accurate decision-making in various industries. As ChatGPT continues to improve, we can expect to see even more benefits and applications in fields such as healthcare, finance, and education.

Another limitation of ChatGPT and other AI models is their lack of common sense and general knowledge. Despite being trained on a massive dataset of text, ChatGPT still struggles with understanding concepts and situations that are not explicitly mentioned in the data it was trained on. For example, it may not be able to understand the concept of a “roundabout” if it has not seen that word in its training data.

In conclusion, ChatGPT is a powerful language model that has the ability to generate human-like text, but it still has a long way to go before it can truly replicate human intelligence. The field of AI is constantly evolving, and researchers are working to overcome the current limitations of AI models like ChatGPT. However, it will take time and continued research before we can create machines that can truly understand and respond to the complexity of human communication.