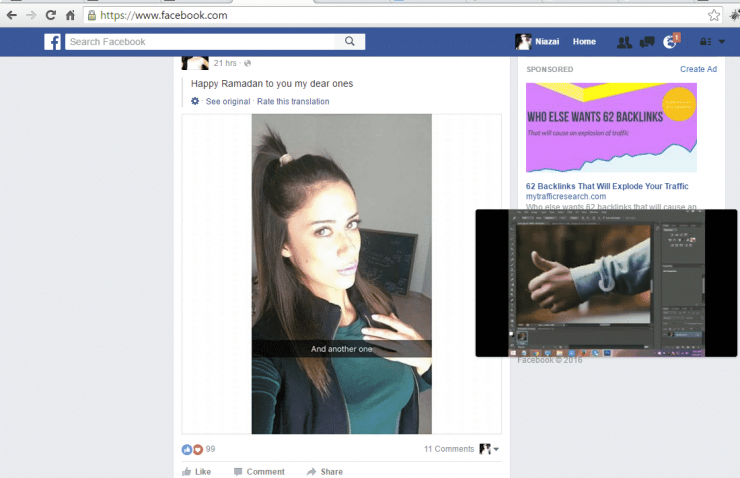 Facebook silently introduced the floating video feature on Facebook Timeline , enabling you to scroll through your news feed after playing a video as it will move towards the side and will stay in focus.

Facebook is rolling out this feature gradually. If its not available now it will appear shortly. During a playback of any video once you scroll down or up the video will automatically float towards left side ( you can move it around) . There is also a button which enables Float feature

Unfortunately floating video feature doesn’t work if you head to a different page. Its a pretty useful addition if you don’t want to just sit watching a longer video can scroll your time feed at the same time