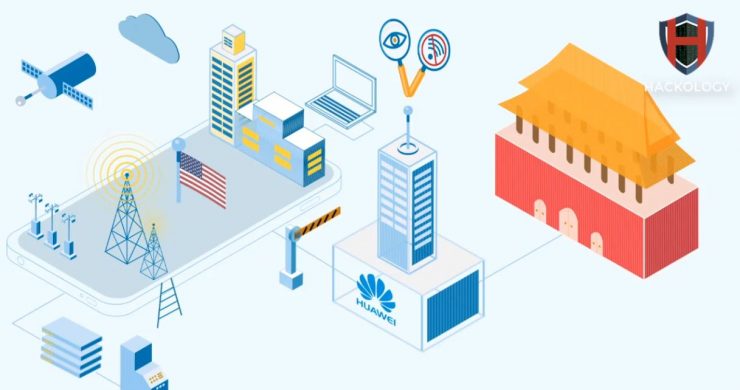 Not all is Bad for Huawei Users

The tension between GOOGLE and HUAWEI continues driving users anxious about what will happen next? So far, the drama has come to a point where GOOGLE has pulled off its services from all Huawei smartphones which affects the Chinese company to a great extent. All new smartphones will no longer with Google dedicated support while proprietary google apps will also not work on Huawei — implying Google Playstore,Gmail, Youtube and all such apps will no longer run on Huawei smartphones and the current smartphones will be vulnerable to virus and being hacked since GOOGLE is no longer responsible  for their security and wont provide them with security patches and essential upgrades. Here’s an insight on the whole situation, if you’re still unaware.

Huawei was banned in the US a few years ago. The analysis of Android Central revealed that there are two reasons that forced the US government to obstruct Huawei’s market expansion.

The first is Huawei’s mobile phone chipset business. Today, Huawei is the only Chinese mobile phone manufacturer to research and develop large-scale mobile phones using its own mobile phone chips. This makes it difficult for the US government to keep a check on the communications, risking national security and with the ongoing trade-war between the world’s two largest economies, the US is bound to take measures. Despite the company’s reassurance, many a time, that their devices are not being used for any such activity and that this suspicion is absolutely false, the US has labelled Huawei to be “a spy” and having ties with the Chinese Government. “Huawei is something that’s very dangerous,” Trump said, recently.
The second reason being the role of the Chinese telecommunication manufacturing company in the making of the 5G network, which most of us are aware of. But if you aren’t, what happened was that Huawei announced the launch date of 5G network while the US telecommunication companies were planning for a launch date, taking the credit for being the world’s first smartphone with a 5G network, one which is said to be a 100 times faster than 4G! Hence winning the 5G race over $4.2 trillion globally by 2020, $500 billion of which is made by the economy that delivers 5G first, this is a loss the US simply can not bear.

Keeping all this in mind, US has officially banned Huawei and all US firms have to comply with the state orders – thus Google and it’s ban, considering such government actions, is said to have issued a deadline till 29th August, after which, no Google services will operate on any Huawei smartphones. Till then, the current devices are said to lose android updates and new phones will not have any of the google apps or services.

The current situation has not been easy for the Chinese company and adding to all that, the big break for Huawei came when it’s recent phone HUAWEI NEXUS 6P, was deprived of the Google support in terms of Android usage and now has to use the open source version of Android, making it vulnerable to malware and decreasing its market value.
Huawei, in a recent interview with BBC, has announced that it would prefer working with Google but it also has a Plan B.

According to a source, plan B refers to a new mobile operating software which is due in fall next year. Huawei is said to be the world’s largest smartphone selling brand and the second largest telecommunication brand, according to a report. With this extensive market, Huawei is facing great pressure to come up with some backup or risk losing a lot of its value and customers.

Although Huawei has made no official announcements on how and what will the new OS be like, we have managed to gather some breadcrumbs. The new OS is to be called ARK OS, although it is being referred to as HongMeng as well. It is also going to be compatible with the Android apps since it will never survive in the market without the most common ones, the question is, will it be android based or not?  This was revealed by some screenshots WinFuture obtained.

Huawei says it has been ready since January 2018 but held off releasing the OS to maintain its relationships with Google and other US-based partners. Now that those have cut their ties, it will be moving forward with a launch in China in late 2019 followed by a global release sometime in 2020. You’ll have to wait, but let’s see if it’s worth it all?

The Chinese giants haven’t simply lost Google but also ties with many different technology companies based in the U.S. too. These include Intel Microsoft and different corporations like Qualcomm and Gorilla Glass. It has come out to be a great shock but Huawei is confident of its technology and says it can stand on its own as it was already prepared with in-house technology with the circumstances already anticipated. Although as of now Huawei is not just dependent on android to run them but many of its hardware comes from none-China companies and it will take them alot of investment to find alternatives.

What HongMeng will be made Off ?

What will be new for users? People using the new ARK OS will not have access to play store however, apps like YouTube and Gmail will still work with the browser or with various modded apps in the market , but those wont come shipped when you buy a new smartphone. Huawei is also anticipated to incorporate an Playstore in it’s famous App Gallery. As its working on a totally new software ecosystem, Huawei says

We will continue to build a safe and sustainable software ecosystem, in order to provide the best experience for all users globally

Questions We All Have

Huawei is boastful that it has all the resources to start off new, on its own. But, survival is tough in a jungle-world like such! Will it be accepted by the vast majority it provides to? Will it be able to restore its position in the market as before? Is the new OS in for a change in the world or will it die off just after its launch, as some experts suggest? These questions remain unanswered till date, but we’re eager to find out!
Huawei has been very closed about their smartphones as they never even allowed unlocking of bootloader therefore custom ROMs do not exist, developers hinted that after this ban Huawei might opt for official unlocking kits for their smartphones but uptil now we have not seen any such thing and XDA Developers Huawei Forum still lacks a robust custom ROM — something we all wait for desperately.

Let’s see what turns this story takes next!