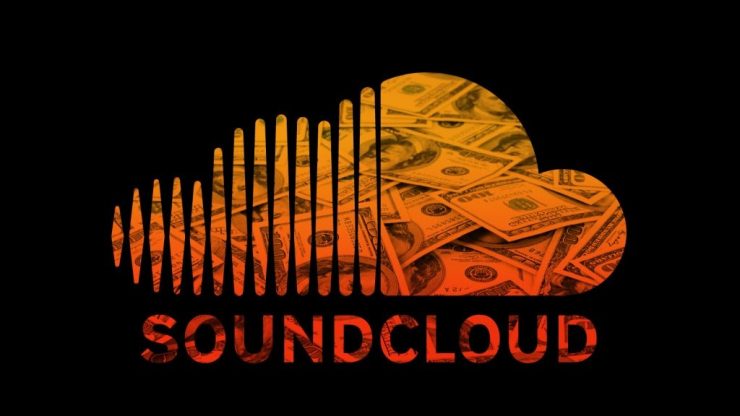 Over the last few weeks there have been news that soundcloud might be shutting down because of insufficient financial resources. But now it looks SoundCloud will survive after all,for a bit longer,as the huge influx of investment gave SoundCloud a new lifeline at last minute. 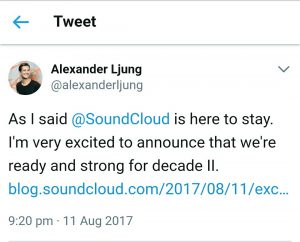 Largest Financing Round in History of SoundCloud

On Friday, Founder and CEO Alex Ljung announced that the audio-hosting platform had raised $170 million in funding from investors the Raine Group and Temasek Capital Management.

“I’m happy to announce that together with investors The Raine Group and Temasek we’ve just wrapped up the largest financing round in the history of SoundCloud. This financing means SoundCloud remains strong & independent. As I said, SoundCloud is here to stay.”

A reorganization plan of the company was also proposed in the deal that would replace Alex Ljung and bring in Kerry Trainor as the new CEO and Mike Weissman as COO. Shareholders decided the fate of SoundCloud as they were asked to approve the deal by the end of Friday or else they would have to terminate the company.The deal is said to be the lifesaver for the company as Ljung suggested that if the deal fell through, “the company would not be able to continue as a going concern.”

Last month, SoundCloud announced that they had to make the tough decision to let go of 173 staffers(40 percent) with a heavy heart.The decision was made to ensure that SoundCloud remains strong and independent as a company.Also company’s London and San Francisco offices were closed in order to cut the cost.

Must Read:  Youtube Give your Channel a New Look and Design

Now,the new CEO Kerry Trainor, and new COO, Mike Weissman will be part of SoundCloud,Both previously worked at Vimeo. And off course Ljung is not going away as he will continue to play his role as the chairman of the company.As Ljung wrote,

” A decade of balancing the roles of Founder, CEO and Chairman I’m excited to hand the CEO reins over to Kerry to allow me to fully focus on the role of the Chairman and the long-term. This, I know, sets us up as an even greater team  for the decade(s) to come.”

SoundCloud is the most diverse community of music. This incredible platform for artists, podcasters, DJs, producers and more was created back in 2008, and is now available globally in more than 190 countries. In the competitive world of other platforms it has been struggling over the last few month though but somehow the new decade has started and it is still here to live another day.