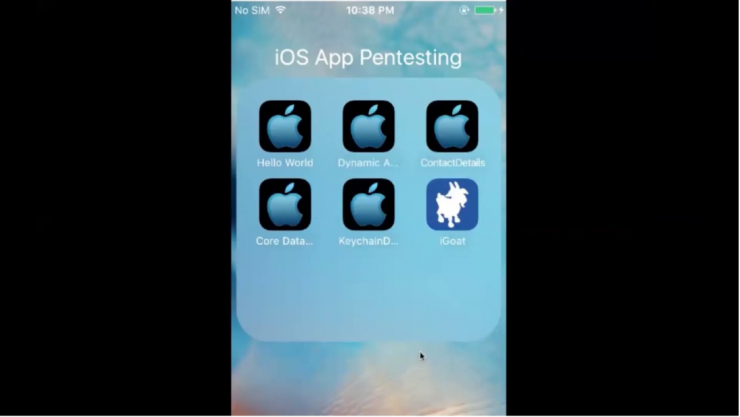 As iOS devices are becoming increasingly popular among a greater section of the society, equal attention should be paid to the security aspect of all the versions of the iOS system. Since a variety of people, from managers to top executives, use these devices to store confidential information of themselves and others as well as transfer digital assets, they’re the frequent target of cybercriminals who use the most recent techniques for a successful hacking attempt.

Therefore, regular iOS penetration testing by professional third-party service providers should be mandated for up-to-date security. Since iOS systems are closed-source (apps and their updates can only come from a single source), the associated pentesting procedure is much simpler as compared to that of Android OS. iOS systems also support fewer devices as compared to Android, contributing to the ease of testing.

Why should you conduct iOS penetration testing?

The ideal iOS pentesting process should evaluate the security of the specific version installed on the Apple device as well as the applications installed on it. Through this, testers should prepare a rough list of potential vulnerabilities which should then be discovered and exploited using various simulated attack methods. Adequate focus should be on situations where hackers can step in through security loopholes by compromising the device along with its sensitive information and the networks that are accessible through it.

With the help of these testing methods, companies will be able to assess the overall security posture of the application and the Apple device with the help of expert web application security testing service providers. Vulnerabilities could be anything from insecure references to direct objects, possible injection attacks, hidden weaknesses in data storage, and other coding flaws that leave backdoors for hackers.

Pentesting also ensures that companies are compliant with the respective security standards such as SSL/TLS which ensures proper data security and confidentiality. It’s important that all such checks are conducted while keeping in mind the context of the application functionalities as well as possible access to malware. You can also verify the application’s authorization and authentication mechanisms for proper security controls that only allows authorized users in and keeps malicious actors from illegally accessing sensitive data. Therefore, you can gain an overall picture of the security barriers implemented by the application and predict how hackers may compromise it so as to resolve them beforehand.

With such an approach, firms are able to show their clients that their security is the foremost priority in offering products and services. By recognizing the weaknesses that can lead to further attacks in external and internal contexts, the testers can predict them and protect the system. In this manner, firms are also avoiding long-term losses both in monetary and reputational terms. The applications will also look resilient in the face of regular pentesting, thus increasing their appeal to customers.

Here are three main aspects that a tester needs to ensure and/or set in place for every iOS penetration testing procedure:

Under the scope of the iOS penetration testing procedure, it’s important to check if a particular input generates the predicted output and nothing else. For this, proper data validation techniques must be set in place so as to protect the application against possible injection attacks. These kinds of attacks could force the application to implement incorrect operations without the knowledge of the user, leading to the compromising of sensitive data.

For example, hackers can inject meta characters into a command string to manipulate the meaning of the command’s intended execution. Other vulnerabilities may be conveniently placed near endpoints which need to be detected early to find out dangerous library or API calls. APIs are not only the foundation of modern application design, but they are also essential for security.

Typically, an API protects a company’s most important data. API security testing is the process of examining your APIs for vulnerabilities, with the goal of exposing any possible security flaws for your technical team to address. Currently, however, teams are including API security checks into their DevOps pipelines to ensure that security concerns are identified early in the development process.

This process ensures that the right user is able to log into their account with the proper authentication steps that leaves no vulnerabilities to be exploited by hackers for accessing these credentials. Here, testers also ensure that proper security and encryption standards are set in place according to the industry requirements of Payment Card Industry Data Security Standard (PCI-DSS), Sarbanes-Oxley Act, etc.

Sometimes, the security barriers set in place are not sufficient to plug data leaks, thus compromising sensitive information about the business and the clients to end users. For this, testers will identify the weaknesses of each application on the device and how these may add up to create backdoors that can be manipulated by hackers to gain illegitimate access. Malicious attackers may also use this opportunity to initiate brute force attacks and distributed denial of service (DDoS) attacks to gain access to any entry point.

In this manner, one can proceed with iOS penetration testing procedures along with adequate research to make the entire mission a success. Once the final stage of reporting the findings is done, firms can utilize this information in the long term to design their security practices and define best practices for the institutions and its employees.